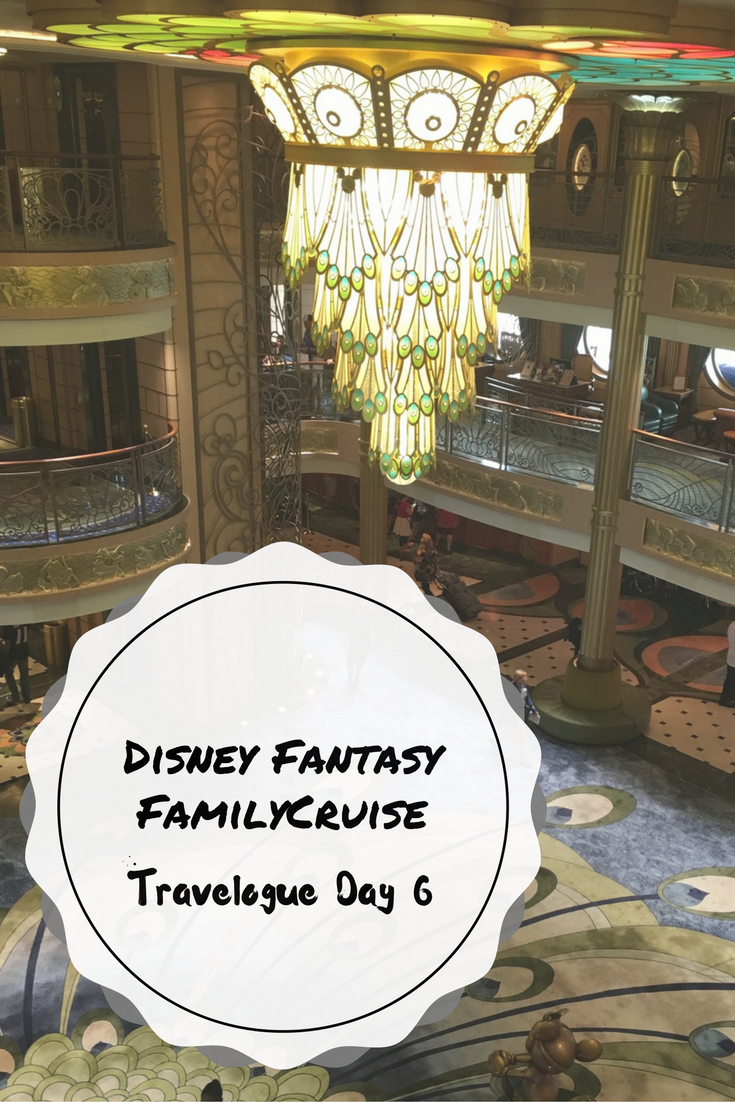 By some miracle, the morning after the awesome Star Wars Day at Sea we all slept in until 9:30 (yes, that’s a miracle in our household lol). We were all wiped out from the excitement the day before and the late night that culminated in awesome firework display.

We meandered our way up to Cabanas for breakfast around 10:30. Halfway through our meal the ships captain came on the speaker and announced that the ship was stopping to come to the rescue of a raft that had capsized in the middle of the ocean.

There were three people on board, likely Cuban refugees, and as per ship protocol we were going to help them. Cabanas nearly cleared out as families rushed to the port side of the ship to watch the rescue. We took the moment to talk with our girls about the gravity of the situation and talked about the refugees and their possible experiences…. Upon rescue the buffet restaurant erupted in cheers; the captain returned to the speaker to update us that the three men were in the medical bay receiving attention and would be held there under observation and care until the ship could rendezvous with U.S. Coast Guard. 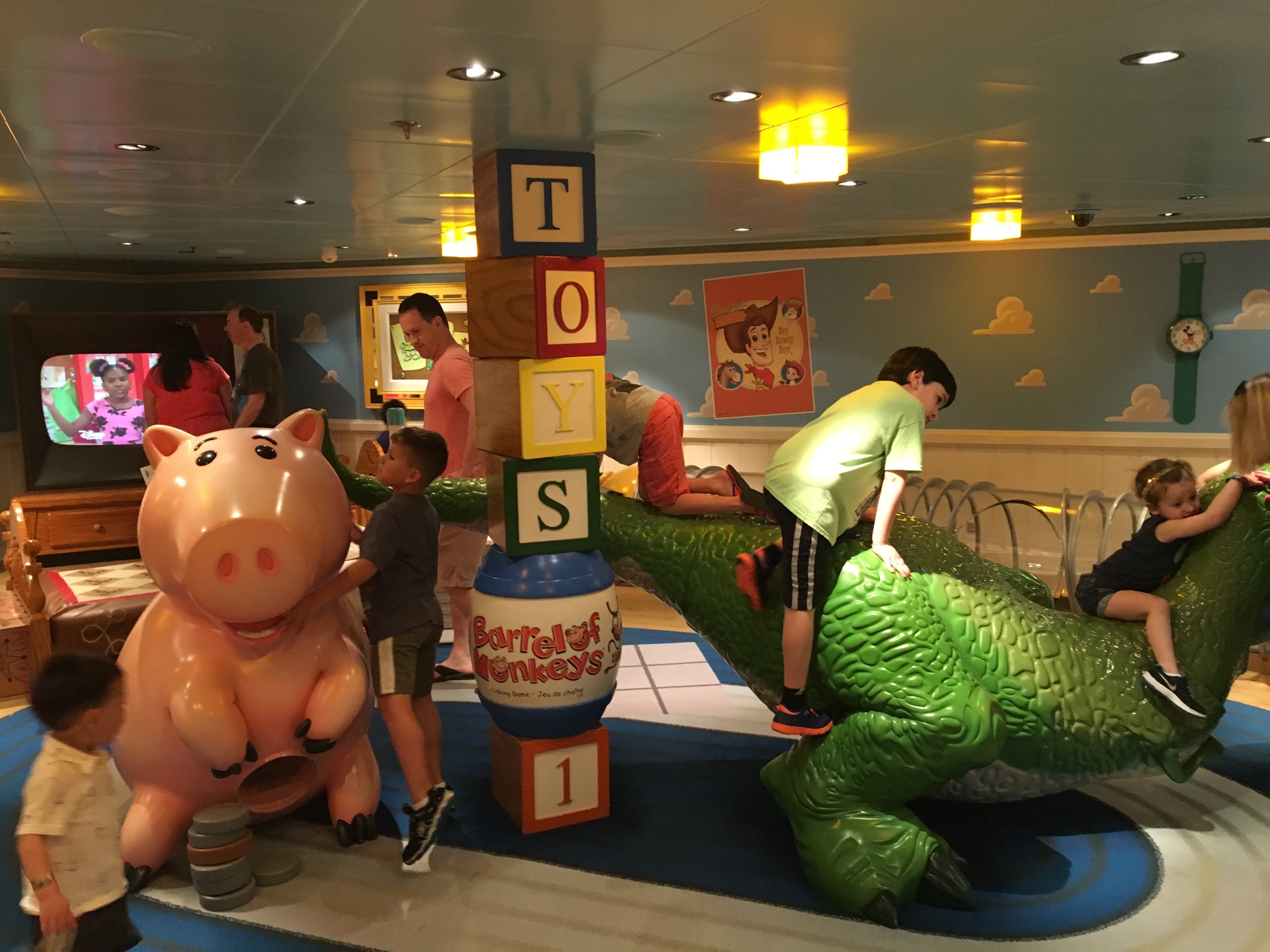 ANDY’S ROOM IN THE OCEANEER CLUB

The weather this day was very temperamental with intermittent showers and varying intensities of rain. It was sunny during breakfast but started raining shortly thereafter so we decided to skip the pool that morning and head down onto the ship looking for other activities. The girls decided to go to the Oceaneer Club and Lab for awhile. Hubby went down to the running track on Deck 4 and I returned to our room for a few minutes to tidy up and do some writing.

I eventually met Hubby down on deck 4 and then we found ourselves wandering the ship for an hour until about 1:20pm. There was a showing of the newly released Jungle Book movie at 1:45pm on this sea day and we thought we’d move ahead of the crowds and get there early for seats. Well, like the night before we underestimated the interest in the activity! At 1:20 the Buena Vista Theatre was 70% full and we were only able to find seats on the second row. I went out to make a snack run at the concession stand and heard a crew member remind the cruisers that there was also a showing at 1:45 in the neighboring Walt Disney Theatre in 3D!!! Joel and I rushed over to the Walt Disney Theatre and easily found seats in the center of the balcony.

The Jungle Book was phenomenal. The quality of the movie as well as the 3D surround sound of the theatre was impeccable. It was easy to forget that we were on a cruise ship watching a film!! Watching with the enthusiastic crowd even made it more fun. 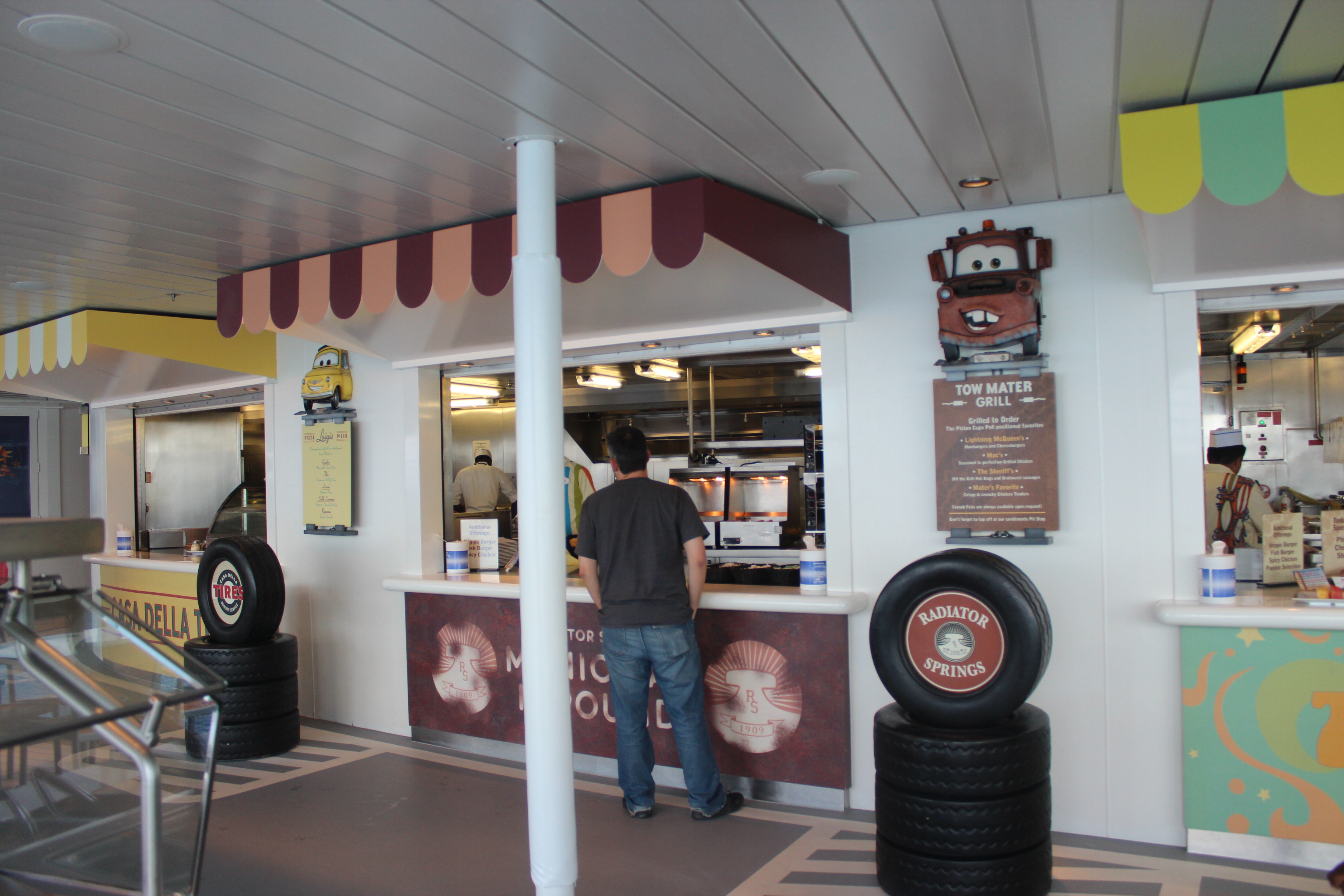 After the movie we picked up our youngest from the kids club and went up to the pool deck for a light lunch. It was around 3:30 and our dinner was going to be in a few hours but since we had a late breakfast we just wanted to have a quick meal to tide us over. Cabanas was closed at that time (it’s open for lunch from 11:45-2:00pm) so the lines were a little long at the pizza and grill windows. The staff kept the lines moving though, and we were able to enjoy a nice meal on the pool deck, overlooking the sea. 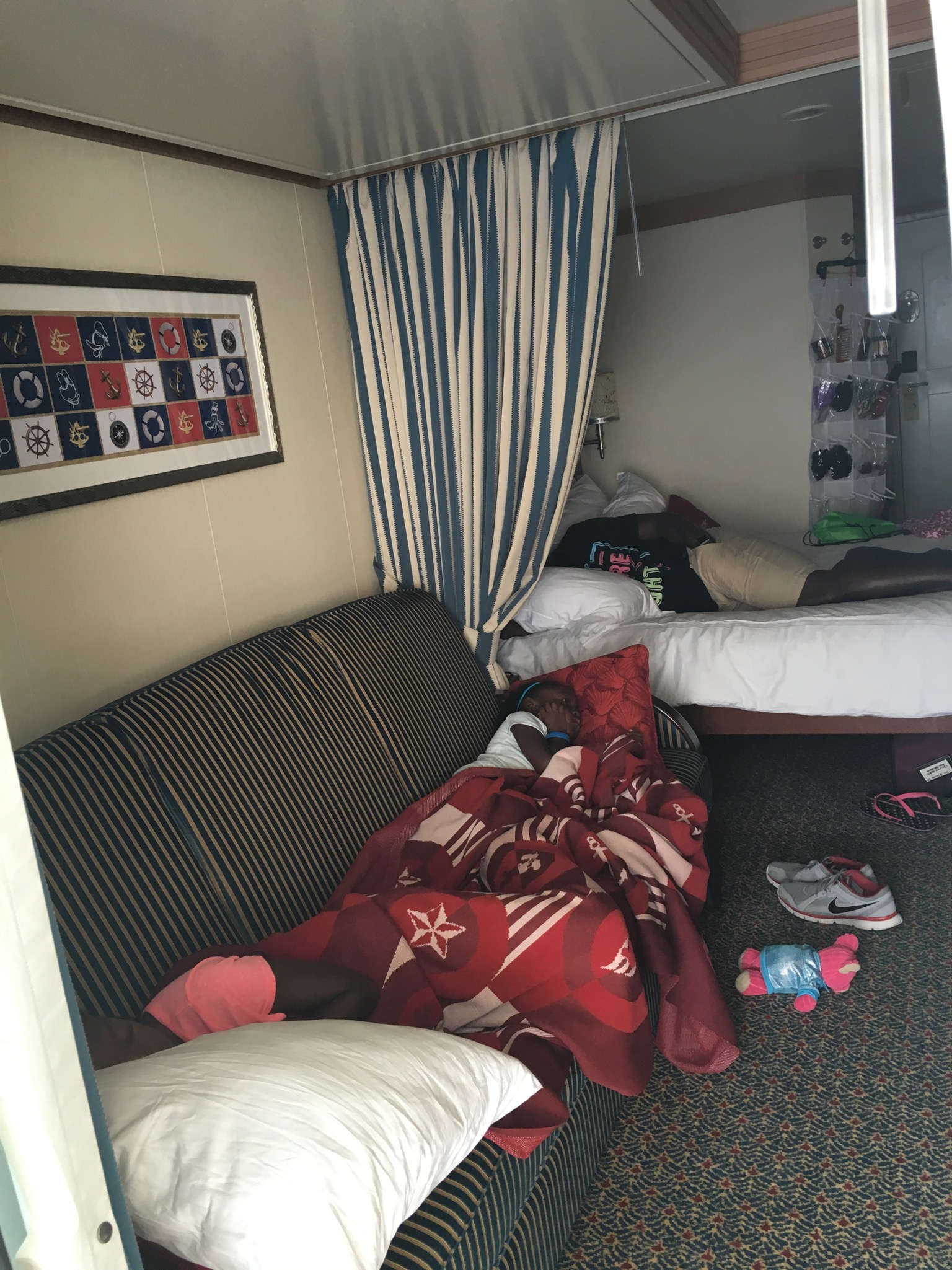 After lunch we all retired to our stateroom for a little rest. The girls curled up on the couch under the snuggly blanket and watched Monster’s Inc. which was available On Demand on our television. Hubby napped and sat on our verandah watching the sea and listening to an audiobook. 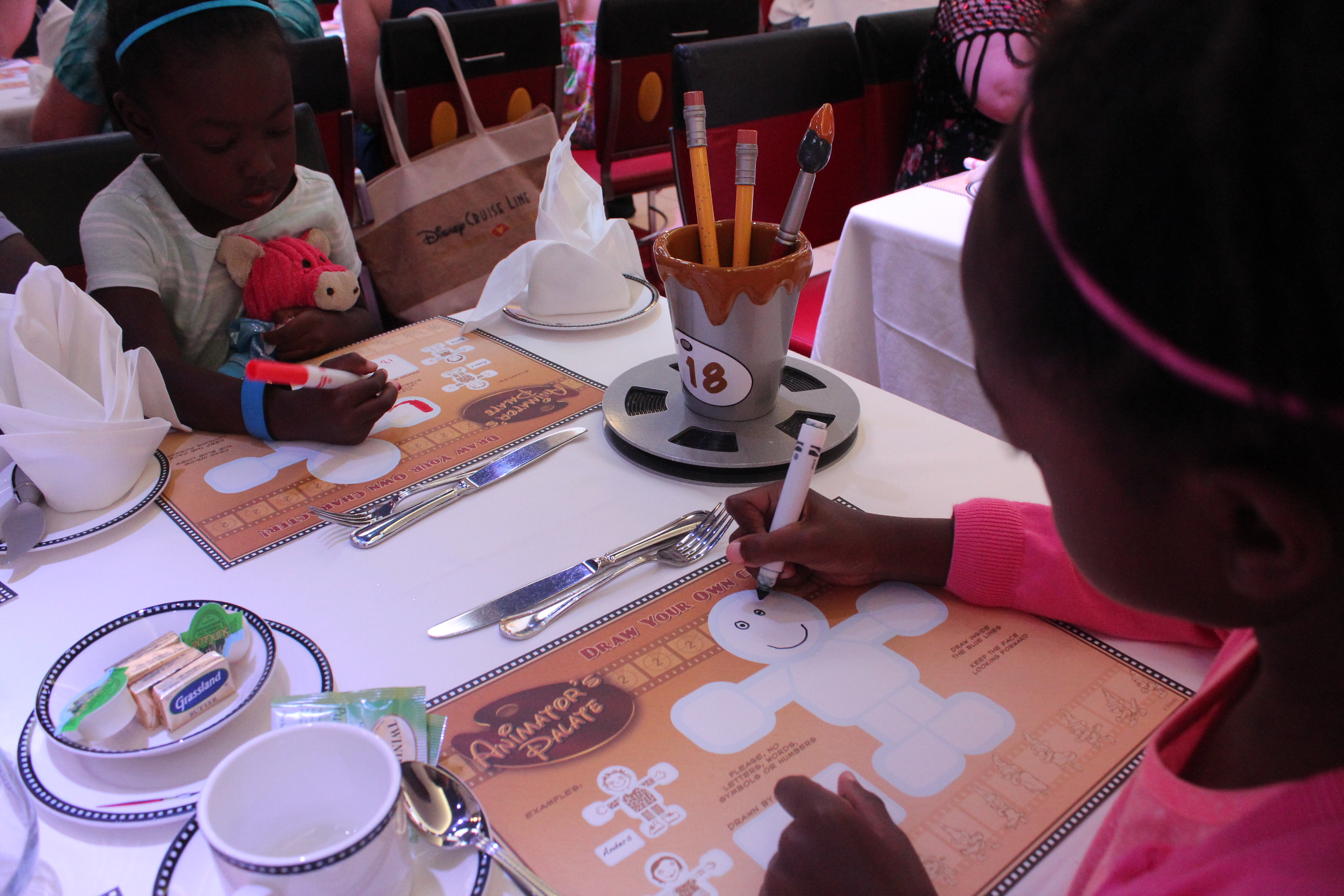 Dinner that night was in the Animator’s Palate and we were in for a treat. Tonight was the animator’s show were cruisers were able to draw or decorate a “person” which would be animated later in the evening on the screens all over the restaurant. We tried to make each of our animations as distinctive as possible so we could find them easily on screen. It was truly magical watching all of the animations created by the cruisers dance and move across the screens, sometimes interacting with Disney characters as well!! 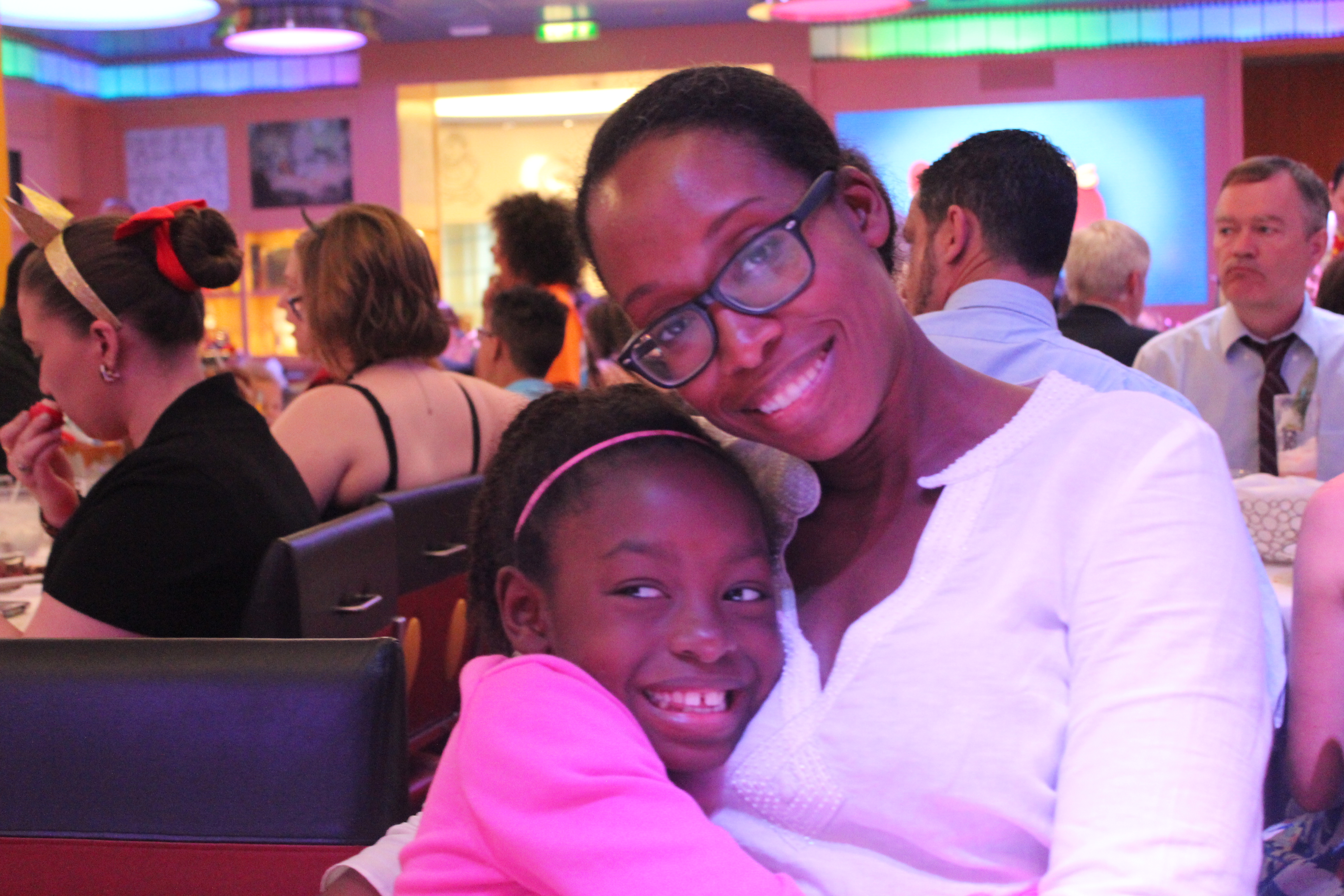 After dinner we headed right to this evening’s show which was Disney’s Believe in the Walt Disney Theatre. Once again we thoroughly enjoyed the show as a family, from our youngest to my loving Hubby. Character appearances and magical dance numbers were expertly drawn together in a cute story line that had us all smiling. 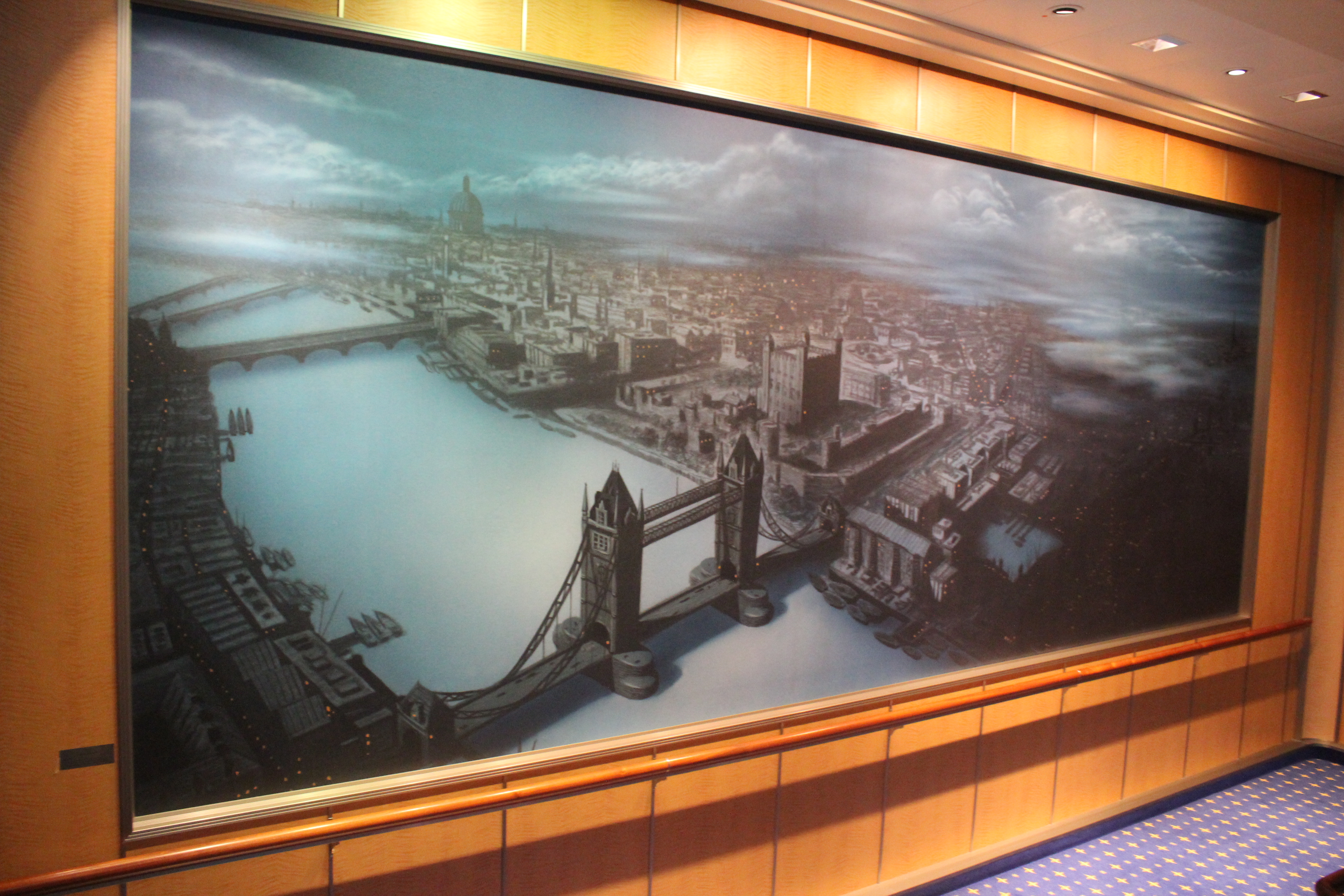 Another day ended with each of us utterly exhausted and blissfully happy. Our next and final day would be Castaway Cay and Hubby and I were hoping to run the 5k on the island that is hosted on every cruise.

We absolutely love the experiences we share on Disney cruises as a family.  If you have not considered taking a Disney cruise vacation as a family you are already missing out.  I am a certified family travel agent and I love helping families plan magical Disney cruises and Walt Disney World vacations.  Let me know if you have any questions and feel free to share your favorite memories from past trips!